To share your memory on the wall of David Redmond, sign in using one of the following options:

To send flowers to the family or plant a tree in memory of David Jude Redmond, please visit our Heartfelt Sympathies Store.

The Flanagan Family, Tom and Sarah Bob and Carolyn, and other have sent flowers to the family of David Jude Redmond.
Show you care by sending flowers

Posted Oct 23, 2020 at 05:09pm
Lil Dave will miss playing pickleball with and against you. You will be missed by many! Rest in peace my friend!
Comment Share
Share via:
HS

Medium Dish Garden was purchased for the family of David Redmond. Send Flowers

Posted Oct 23, 2020 at 06:58am
A person that departs on this earth never truly leaves, for they are still alive in our hearts and minds - through us they live on

The Flanagan Family purchased flowers for the family of David Redmond. Send Flowers

Posted Oct 22, 2020 at 07:29pm
Little Dude, my fanatic (like me) Detroit Lions buddy and pickleball nemesis. I will always remember the tailgate Sundays and fire night baseball.

Posted Oct 22, 2020 at 07:19pm
Chris, whenever you want coffee, you and Max are always welcome; plus, come to our fires but please don't burn any chairs. Love you! 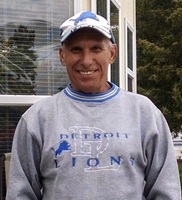